Bells A Ringin’, Statue A Singin’

Bells A Ringin’, Statue A Singin’

In our civic term, I took a class called “Music That Matters.” In this class, we looked at vocabulary taken from a book written by Ben Ratliff, in which we applied those vocabularies to music pieces we listened to. We selected specific pieces of music that could have either of the three lessons pulled from it: “Teach, inspire, ignite.” A song meant to teach gives different perspective on a subject, a song meant to inspire is created to make unison, and a song meant to ignite is meant to cause protest or anger.

Taking the “Teach, Inspire, Ignite” idea to the fullest, we met with multiple people over the short period we had for this class, such as record label co-owner of Triple Eye Industries Francisco Ramirez. We learned about how they go about choosing people for their label, the reason behind the music they chose to star in their label, and why it had a whole track dedicated to protest. We are participating in submitting our ideas to an organization called “My Block, My Hood, My City”, in which we are creating an idea tied to music that is meant to improve our overall neighborhood. In the chances that one of us wins, the organization is going to help out in making the idea come to life in our neighborhood.

I first was tasked with recording the audio of my neighborhood in order to get a sense of the feel the neighborhood gave in terms of the sounds it made and what caught my attention. Unlike the others within my class, I recorded this audio at night rather than day as I found the sounds during that time best connected with me. This resulted in recording noises I can only describe as Chicago’s Lullaby. There were sirens and the ringing of the train bells in the distance from freight trains (The noises I recorded that night.). With some thinking of what I could do with my audio, I eventually came up with an idea that I am personally proud of. The problem with my neighborhood that I’ve recognized is that it is simply unattractive to be in. There’s nothing I find eye-catching about West Lawn for the 9 years I’ve lived here, and I believe art would be a great addition to steering this neighborhood into the right direction by introducing an art piece worth a minute. The first piece that begins the foundation should be a strong one, so I needed to create something that resonates with my neighborhood while incorporating music in it.

Originally I struggled, taking the idea of music in the most apparent sense that it had to be a tune or a melody one could hum to themselves. It just didn’t work, people’s tastes of music are so universal that it’d be impossible to create something that’d resonate with my whole neighborhood. Rather than making a melody or a tune, I decided that the best solution would be mimicry of the noises I heard that night through instruments. I’d be prioritizing the sounds of the freight train bells ringing faintly all around the neighborhood in my piece.

I’m proposing a statue of a woman holding chimes or bells meant to mimic the sounds of Chicago night noises. The woman would be surrounded by a small Chicago city at the base of the statue, and a train would be coiling around the body. There wouldn’t be any control over those instruments other than the wind making its music, so no manual control, no specific tune, just the wind ringing the chimes. This is what I would visualize the statue to look like in sketch.

The base was meant to be smaller, and the woman would be more well portioned but that’s just because of my drawing skills, I’m sure whatever you had in your mind while reading my description is what I truly imagined it to look like. The woman holding the wind chimes wouldn’t really be making any specific kind of music that can be tied to a genre, more just sound as I stated before since after all, it is just wind chimes being played by the wind. The music notes would be going by a Pentatonic scale of A, C, D, E, G (but not in that specific order).

The idea of this statue is to have the locals question why it makes the noises it does, and the significance of its wind chimes and the train coiling around the statue. The intention of this statue wasn’t to ignite protest of any sort, just meant to inspire my local neighborhood with it. The sound it makes is supposed to be faint, as in to mimic the distance of the actual freight train bells from where our neighborhood was in order to try its best to give the idea of its purpose. It’s the start to something new that isn’t seen enough around the neighborhood. I’m hoping to attract more people to the idea of creating art for the community so it’ll make those walks around more satisfying and rewarding to go through, being able to see new creations displayed with pride all around. The main effect I want here is to genuinely just inspire. I want them to start thinking about what they could create for this empty area, I want to inspire them with something that was personal to me. The noises of Chicago night that the neighborhood gets lulled to sleep with.

Using a few of Ratliff’s words to describe the sounds this piece would make, I’ve chosen these few to best represent my statue:

Exclusivity - The statue’s main purpose is meant to create music that mimics the sounds of Chicago night in the neighborhood, so it is exclusive to the audience and made to make us think and reflect on what music the night brings for us and if the art lines up with it.

Improvisation - The music is made by the winds, and wind follows no specific pattern.

Repetition - There are only so many notes that these instruments can make with the limit of what is playing them. In this case it’d be winds, which means it could either be mainly minor notes or major notes.

Silence - In Ratliff’s vocabulary, the word silence is more figurative rather than literal and pure silence. The silence comes from the lack of vocals, leaving it up to the instruments to take advantage of the spotlight and playing to their fullest potential. That would be the case here, as only the sound of the bells can be heard.

Sadness - Chimes and bells aren’t the stars of a happy song, and they often follow eerie and repetitive notes that can make a person feel sad with their slowness of gentle chiming or ringing, particularly in this case where chimes follow a similar pattern to that of a Buoy Bell. Meant to be slow and ringing, it never goes too high up on the scale.

This is my favorite class I’ve taken at GCE due to how much exploring we were able to do, and the privilege to just talk about what music means to us, what we think someone else’s music meant and dissecting everything through inquiry. This class has been an absolute pleasure to take part in and I’m glad to have been a part of it. I got some new vocabulary words now in my pocket, a newly found interest in Jazz, and an overall better understanding on how I should go about thinking of the meaning of music. It was a really nice civic term, and I’m more than happy to have had a solid idea for this action project and contest. Although I didn’t get to learn how to play any instruments (which is fine since we really only had 3 weeks to learn about all of this), it’s peaked my interest to learn on my own time. Thank you for reading. 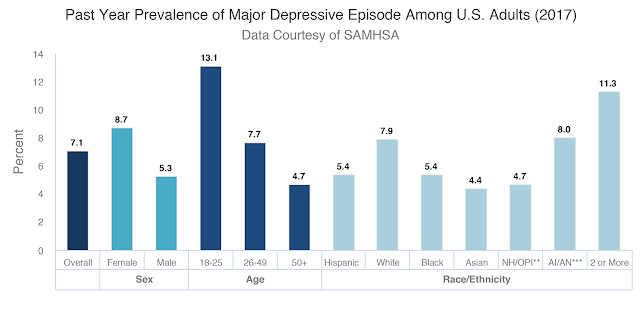